It’s been over a decade since the President Chure Conservation Programme was launched. In 2010, when it was launched, it was touted as an ambitious undertaking to address the ecological destruction unfolding in the Chure region, mostly because of the rampant mining of rivers. Then President Ram Baran Yadav first floated the idea to tackle the environmental catastrophe through a national board that would oversee a wide range of interconnected issues, from the overexploitation of natural resources in the fragile Chure hills to the direct impact this destruction had on districts downstream. The program, which is listed among Nepal’s ‘national pride projects’, came amidst growing calls to regulate riverbed mining in the region. This was a personal cause for President Yadav as he had already warned of the ‘desertification’ of the Tarai.

And now experts fear that the government might have opened up avenues that will eventually hollow out the Chure.

During the budget speech on May 29, Finance Minister Bishnu Paudel announced that the government would seek to reduce the trade deficit by selling off the country’s sand and gravel. The country’s ballooning trade deficit currently stands at nearly $10 billion.

In the same speech, he also announced Rs 1.53 billion for conservation activities through the President Chure Conservation Programme. Conservationists say pouring billions into environmental protection will not amount to much when the plunder of Nepal’s rivers and hills has been legalized. Since the Chure conservation programme’s inception in 2014, the government has poured Rs 13.38 billion towards conserving the ecologically fragile region.

With the government’s recent decision to roll back the export ban on sand and stones, environmentalists like Bijay Kumar Singh say that all their years of effort towards Chure conservation will go to waste. Singh was a board member of the President Chure Conservation Board until 2016, and was among several environmentalists who had long been pushing for stronger regulations on sand and boulder mining, especially from the rivers.

“If the government allows exports of construction materials from fragile areas of the Chure, which are already being exploited for sand and pebbles to meet domestic demand, it will cause unimaginable environmental degradation, leading to water shortages and habitat loss,” said Singh. “No amount of money that the sale of these materials will bring will be able to compensate for that loss.”

And people living in Chure and further downstream, who are already battling drying water sources, say they are worried.

Thirty-seven-year-old Lal Bahadur Bom lives in the quiet neighbourhood of Sarlahi’s Hariwon, just a few kilometers north of the east-west highway. He has witnessed his neighbours’ fields being swept by the furious rivers. And with the government now allowing for the export of sand and gravel, he is concerned that the consequences will only get worse.

“They make decisions from the center without thinking about the consequences for people like us who live in the Chure,” said Bom. “Our village already struggles with water shortages and now that more mining will be allowed, it will further deplete our resources.” 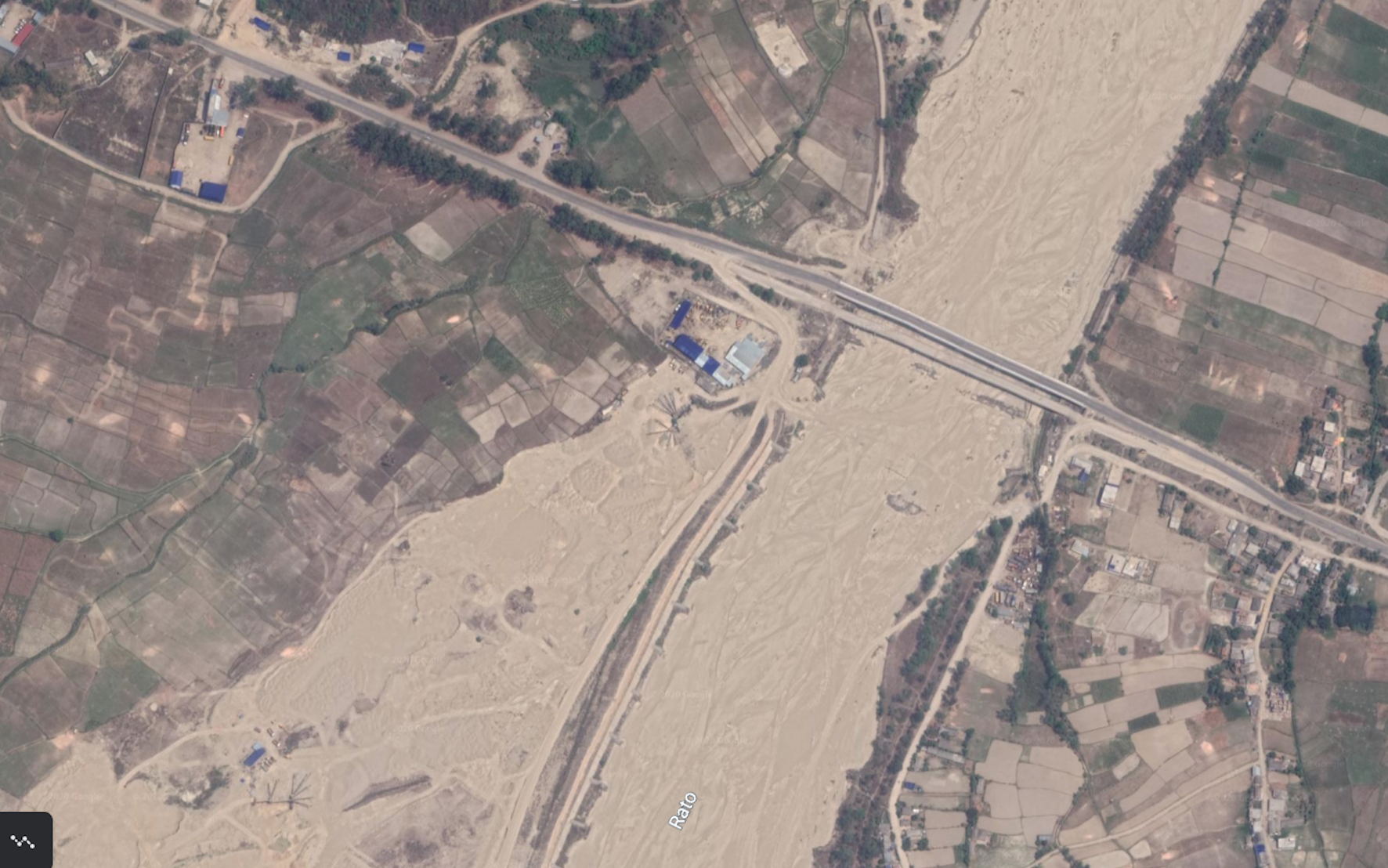 Satellite image of Ratu river and sand mining activities in the surrounding area of Bardibas. 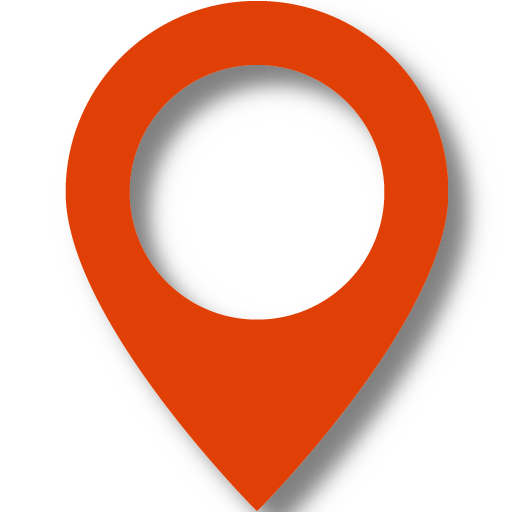 The Chure conservation program has spent over Rs 10 million in Bom’s village on activities ranging from tree plantation to building gabion walls for slope stabilization. This year alone, the government has said it will set aside a budget for a massive drive to plant 10.5 million saplings in the Chure. But Bom says such activities will be of no use, if the government allows industries to mine the rivers and hills in the same region unregulated.

“What is the point of handing out hundreds of saplings when trees and hills are going to be razed to the ground?” he said. “We won’t be surprised if we see an increase in the loss of our agricultural lands because now, there will be no stones and forests to tame the rivers during monsoon.”

Uncontrolled sand mining on the banks of Ratu river in Mahottari has left several cavernous ditches like these that turn into ponds when it rains heavily. Several people have drowned in such abandoned ditches.

“There are EIA provisions for all kinds of projects, from roads and irrigation projects to riverbed mining, but there is no follow up,” said conservationist Bijay Kumar Singh, who was a board member of the President Chure Conservation Board until 2016. “How can we be assured that environmental concerns will be addressed when these materials are excavated in huge quantities to be exported?”

And there are plenty of examples of mining industries bending government guidelines with zero repercussions. In Lalitpur’s Lele, stone mining industries have razed down entire hills. Despite protests from locals and government reports flagging those industries for not following due processes to protect the surrounding environment, they continue to flagrantly undermine the guidelines for mining.

“We are tired of making reports and asking the concerned officials to take action against these mines,” said an engineer who was among the officials at the Lalitpur District Coordination Committee monitoring the mines at Lele and didn’t want to be named. “These industries never comply with the rules and authorities continue to turn a blind eye.”

The influence of the mining industry has already started as seen in the budget, which didn’t just roll back the export ban but also provides tax exemption on the import of materials to build ropeways for these industries to transport construction materials.

“We have already seen a business and political nexus at the local level in these industries, and with exports opening up, we can only imagine how a similar nexus will begin wielding influence for the profit of a few individuals,” said Nepali Congress lawmaker Gagan Thapa. “This industry has always thrived on unfair practices, and it will continue to do so even more now.”

Former finance secretary Rameshore Khanal, who chaired the President Chure Terai Madhesh Conservation Board at the time, was part of the expert committee that had recommended new guidelines to regulate the crusher industries in 2012. Those guidelines were met with fierce opposition from the crusher businesses and eventually ended up not being implemented strictly.

According to Khanal, the export of stones and boulders will only be sustainable if the government conducts a proper study about the demand of these materials, putting the environment at the center, and most importantly, investing in infrastructure like roads and electricity in those places. In the absence of these infrastructures and because of easy access to nearby markets across the border, he says, like in the past when construction materials were exported, mining businesses will once again look towards Chure and rivers flowing through districts bordering India.

“Our politicians only look at immediate gains without putting in the work and effort required for a sustained project,” said Khanal. “Places suitable for commercial stone mining don’t have the infrastructure around them, so businesses will naturally be concentrated around rivers closer to roads, which in the absence of strict monitoring will result in further ecological destruction.”

Bhrikuti Rai is a Bertha fellow